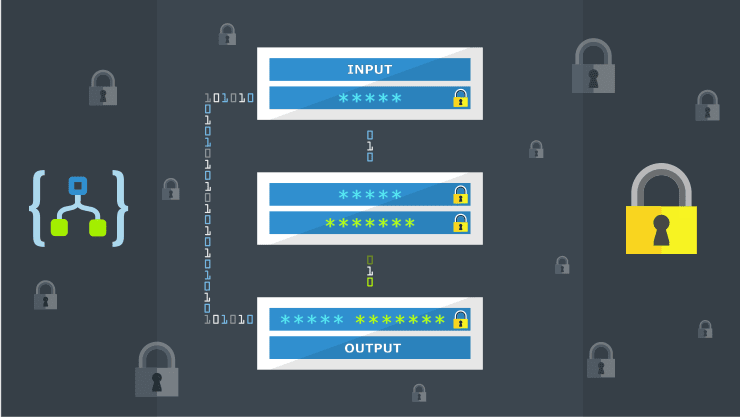 Introduction of obfuscation feature in Azure Logic Apps for input and output blocks allows for better secret management and enhanced security. This article will focus on presenting capabilities of this feature.

Introduction of Azure Logic Apps obfuscation for Input and Output blocks finally allows for proper security and integration between services without worrying about exposing critical information of the system in the logs and/or to unauthorized personnel.

Obfuscation of input or output blocks makes that 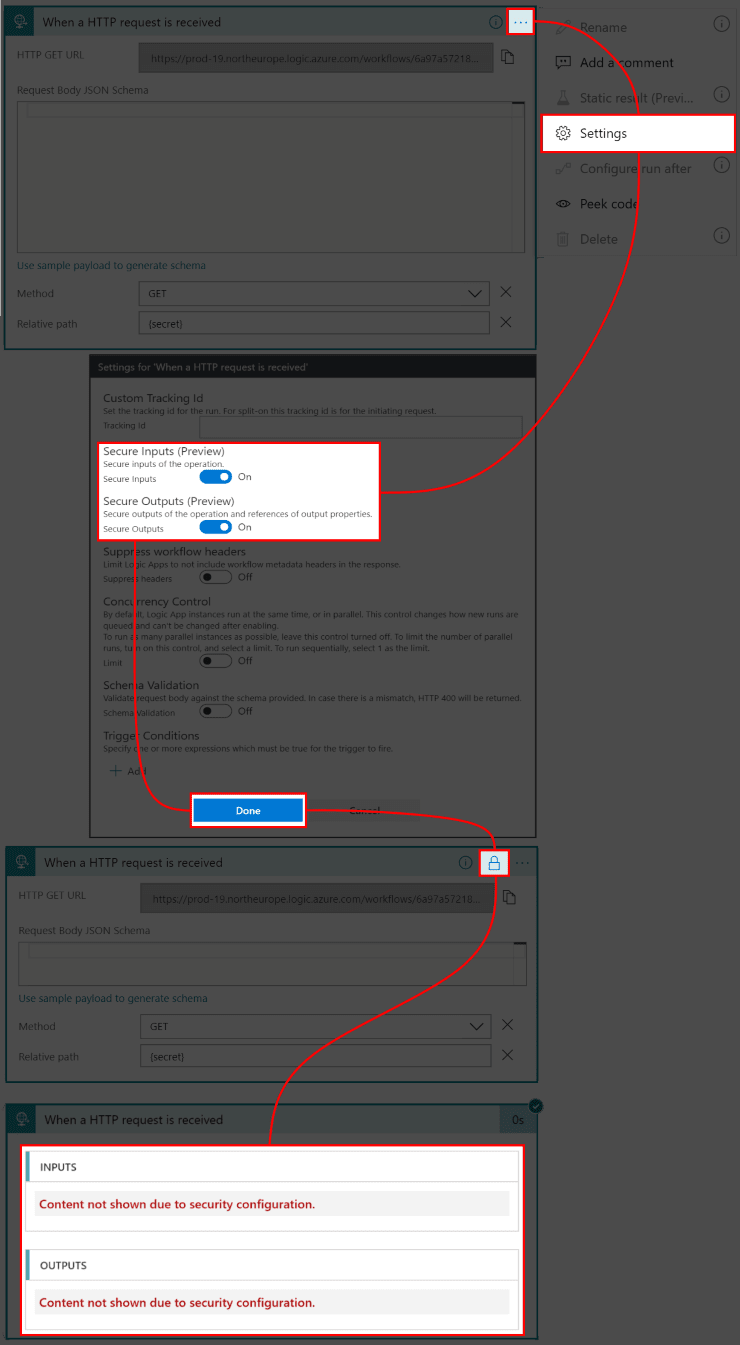 In JSON code view obfuscation can be configured as follows

But it is important to note that not every action supports obfuscation.

Using secure input and output feature has some important considerations to know. This is something I like to call action chaining. This means that securing output or input block of an action has impact on how inputs and outputs of all those following (downstream) actions will be seen.

If any output (hidden) are explicitly passed from an action which has enabled obfuscated output (hidden) to the next (downstream) action, then input block of next action will be obfuscated as well. Even if it doesn’t have secure input enabled. 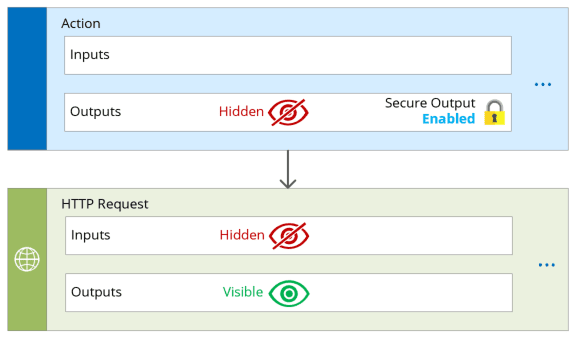 Interestingly, some actions like Parse JSON only have Secure Inputs setting. Because of that enabling secure input automatically secures the output as well. In case secured input setting was not enabled but action received secured output from previous action then this action will be obfuscated but all downstream actions won’t. If downstream actions should be secured make sure secure inputs are enabled on this action as well. 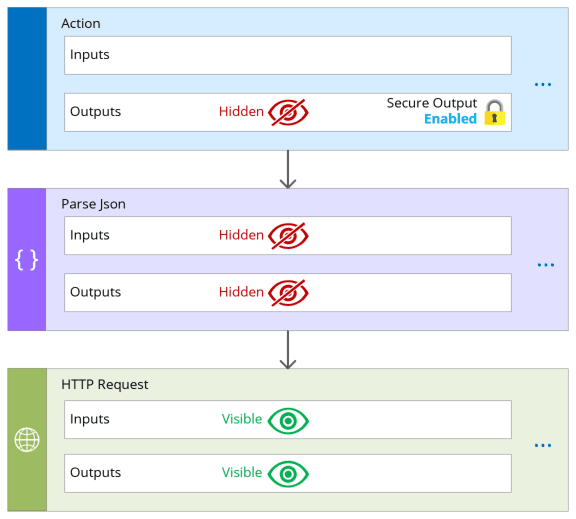 If any output (visible) are explicitly passed from an action which has enabled obfuscated input (hidden) to the next (downstream) action, then input block of next action will be obfuscated as well. Even if it doesn’t have secure input enabled. 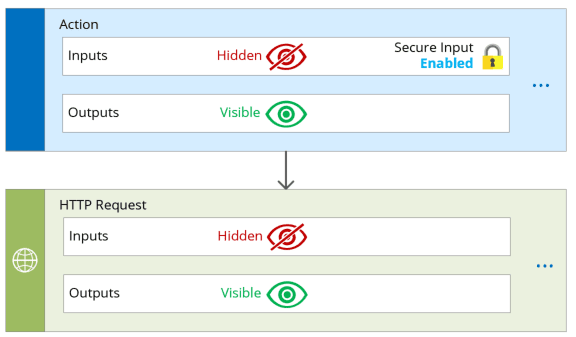 Simple example of this would be passing output statusCode parameter from HTTP action into the next action. This only happens if you use any outputs of previous action. 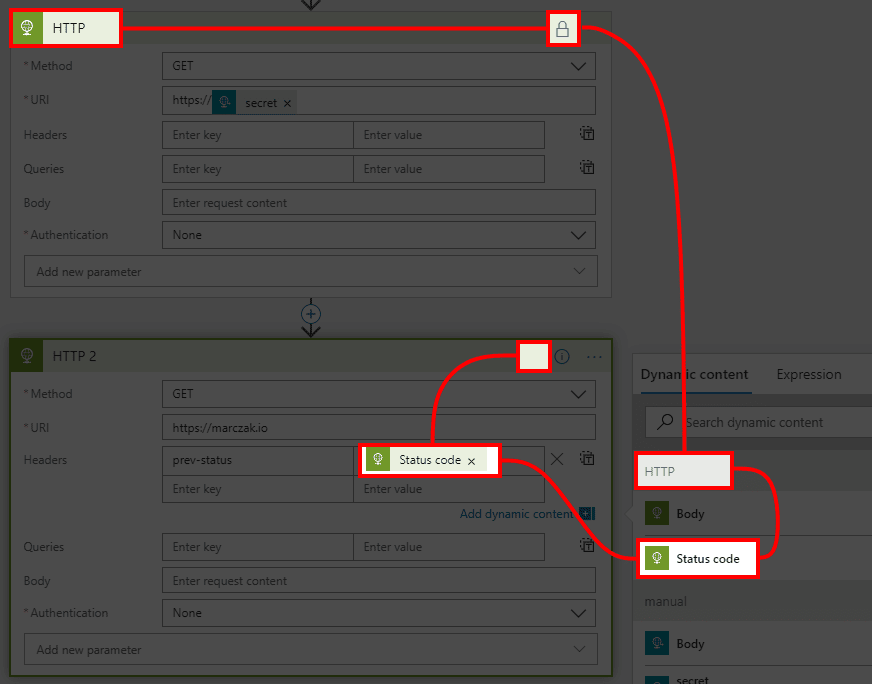 And the logs confirm this.

This is a bit complicated at start, but it is critical to be clearly understood because it will impact logging for logic apps.

Now that resources are created let’s create demo logic app which will be used to present the issue and the solution.

So, what is wrong with this design?

Obfuscation of Action Input and Output

And that’s it. Implementation itself is very easy, understanding the impact a bit more complex but it is a great feature and should be used in any solution working with highly sensitive data and credentials.

While this feature is still in preview it’s already providing a lot of value. Of one critical things that this enables is Key Vault integration. A long overdue, but it’s finally here, and I’m very happy about it.

All that is left is to simply go and start securing your logic app solutions.

Programmer, architect, trainer, blogger, evangelist are just a few of my titles. What I really am, is a passionate technology enthusiast. I take great pleasure in learning new technologies and finding ways in which this can aid people every day. My latest passion is running an Azure 4 Everyone YouTube channel, where I show that Azure really is for everyone!

Did you enjoy the article? 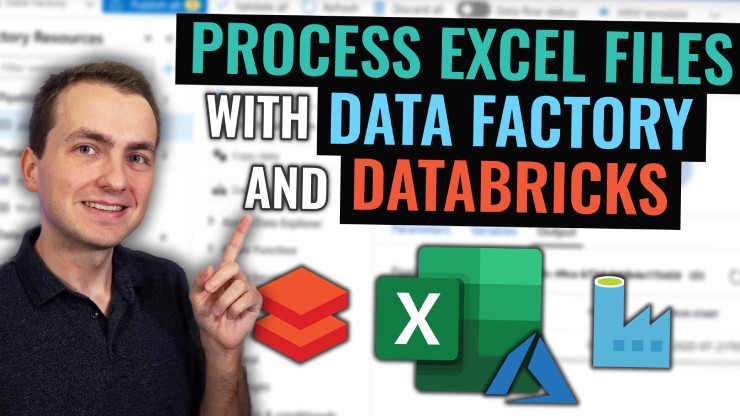 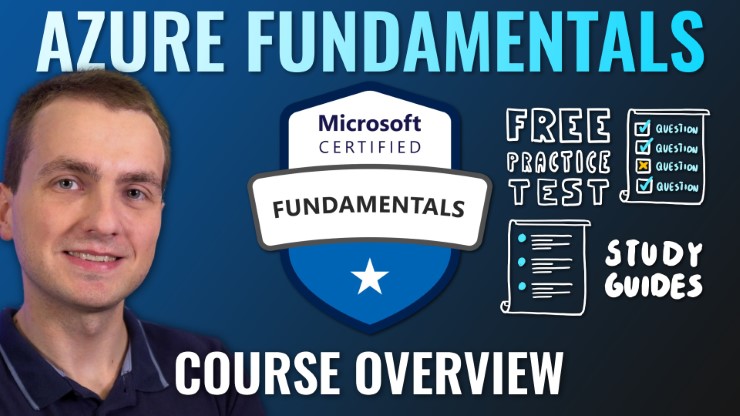 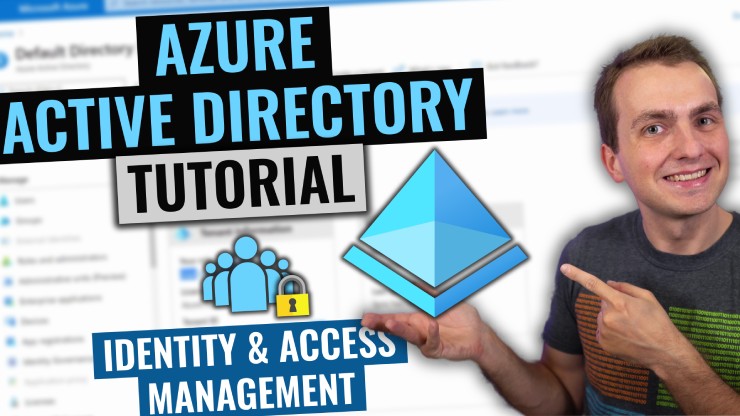